From my experience working around many teacher and parent volunteers I noticed the difference between a good parent of autistic child and a bad one.

Good parents are easy going, they don't anger easily and are pretty forgiving. They seem to have this patient air about them. Aliens invaded Columbus? Great lets invite them over, Godzilla attacking? Oh neat! Lets all get pictures! Hell froze over? Lets go skiing!

If a kid has meltdown in front of people. They ignore it and let the kid work it out himself unless it's a self-injurious one. They are willing to listen to all kinds of information and are eager to learn. They don't worry if the kid ruins a shirt, breaks a glass or losses a hat. They care of their children of course, but the don't sweat the small stuff. Each step towards independence is to be celebrated. Most of all, they work to help make his life easier. The bad ones of course. Are the opposite, they stress out too easily get embarrassed too fast and seem not to have that flexibility the good parents have.

Also when I have a question, I tend to ask the good parents, because the bad ones never seem to have the right answers.
Posted by Bard at 8:39 PM 1 comment:

Please, stop comparing yourself to Black Civil rights movement, to the Gay rights movement to the persecution of gypsies/native peoples/black people/air nomads etc.

If you want to compare yourself to anything try the Deaf Movement. But seriously I am sick of the Oppression Olympics here.


This episode talks about The Zakh Price story, Working at my new job and reviewing Adam.
Posted by Bard at 5:43 PM No comments:

So my friend Justin gave me another movie to watch. It was Adam which it was something I have been wanting to review since October. I'll probably discuss in detail when I return with Prism*Vox (yes folks it's coming back).

More or less this movie was the most emotionally draining think I have seen in years. I never cried that much until I saw Adam. Mostly because I have been through what he has gone through. I have lost my job and spent months hunting. Relationships have also been exhausting too. Over all I liked the movie. I adored Adam, he is so adorkable and I related to him much better than Beth. The ending was bitter-sweet and touching, but to me it in forced the stereotype that NTs and Autists can't be together (oops spoiler) Thanks Fox entertainment.

I still need time for this to sink in. The emotions I have are still pliable still textual. I think the movie is great but keep in mind it's meant for NTs. Also I was floored when Adam actually said "NTs" "Neurotypicals" and "Aspies". Anyway aspies go ahead and watch just prepared for a bawl fest.
Posted by Bard at 8:51 PM No comments:

Though I admit this blog is geocentric, and I tend to ramble on things that no one really has interest in but I figure some people out their with fathers might be interested in this post or at least to some degree.

I have to admit I am a 'daddy's girl', I seem to be the only child in our little clan of hobbits that was loyal to dad. My Katie has forgiven my father after years of grudging and despising my father. Allyson sadly, only knew him distantly. After all she was almost two when Dad left us. I was almost eleven. Which makes sense why I was so connected to him. I remember him better.

I was very bright child, though I had no audio memory (or rather I lack the processes to store verbal information) I could still remember conversations with my father on our long drives. He took me fishing a lot, these were priceless memories. Him taking me to watch the planes and and trains and fishing were treasures I kept with me. To him I will always be his 'fishing buddy'.

However despite the soft images of him singing nonsense songs and explaining to me how salmon migrate and how the venturi effect work, I was still terrified of my father. He was aggressive and loud and sometimes unapproachable. Talking to him was impossible. Not only was it difficult to communicate in general but trying to talk to someone that used fear as disciple measure...it just couldn't be done. I was selectively mute when I tried to talk. Dinner conversations made me sick I lost my appetite often. It took me years, recently actually before I had a decent conversation with my father or least had the courage to tell him to back off. This was all before my father realized he raising an autistic girl. Even now he is still clueless but he knows now not to raise his voice anymore. Thank gods.

As I am writing this down, I noticed patterns. My father had a very route schedule. He did well as a Fire fighter because it was very organized. He like routine as I did and he was also obsessed with certain topics. History of weapons was one of them, as well as natural science. He was bigot with very black and white views. He tend to speak inappropriate topics had no filter and was emotion blind.

By the description, it sounds like my father definitely had autistic tendencies. Whilst I won't diagnose him as autistic (despite the title) I will say he would probably be border line. Though maybe I am seeing only want I want to see. But we did get a long well to some degree. And yes maybe because we both had the same social habits. Yet, my mother tends to use my father as bad example and believes I will end up like him. She scapegoated his problems onto me, so I ended up bearing a lot of my mother grief about my father.

While it is plausible I will be living with him, I am have to say I am not looking forward to it all. My father is a drunk, a bigot and an oppressive Christan. We won't get along unless I sacrifice my identity for the sake of living peacefully with him. It's the flaw really of being autistic. We're not flexible animals. We like things as is, no interruptions or change. This is something we can work on but never get rid of. I hate change so does my father. One of us will buckle and change for the other person, and that is going to be me. Gotta live up to my name anyway (Honor and Grace) can't pitch a bitch about it.

As I still love for housing I still can't help but feel that living with my father (bad as it) as a curse. Hopefully my father will learn to be flexible and accept the changes and have serenity.

Making Choices and the illusion of control

As people we like making decisions. We like making choices. It's the illusion of control. We don't have much control over lives so we like it when we have the barest grasps of it.

As an autist. I am somewhat immune from the his illusion because I never had the illusion as NTs do. NTs have control over conversations because they know how to have them. I don't I just follow the motions. They can pick their jobs and their cars. I can't, because being employed is miracle and I can't drive. Even the spouse I picked is out of my hands. Some of us are graceful without having control others like some of the students who have meltdowns because they don't get have the choices they made, are not at all.

Hence the two different camps. Some want cure because they crave the very illusion of control. Some don't because they know there is no such thing as control.

We have little control over our lives and the consequences of said choice. If you believe you're kid is "vaccine damaged" then find some serenity and deal with it. Because you can't fix it. Just as I can't fix the dire fact my husband is leaving with me and going to have to stay with my alcoholic father.

More With the Light and Head of the Curve

Three and Four of With the Light came in today it was nice to finally get a chance to read it. My thoughts are all jumbled again so lets see how I can organize them.

The third and forth book fixed a lot of issues from the first two. It's nice to see Hikaru developing in the other books, I'll get five soon. But from I am readying Hikaru tantrums have been less then orderly and there is more conflict. There are lot of issues that Keiko brings up in the books including siblings being short-changed and something that struck a chord.

Why the hell doesn't the frigging US have jobs designed for people with ASDs? Why the hell does Japan have law design specifically for folks with DD? I don't know if the US does but if it doesn't someone needs to get on that like flies on shit. The whole deal with autistic people in the work place and reading in book four made me sad yet passionate. We Americans need to have job places like Specialestern or have centers for people on the spectrum. It seems that we're way behind on for folks that DD. I just bugs me.

As the story progresses I know discover that Hikaru also has mental disabilies but I think that is just over dramatize that Hikaru is LD of curse what autist isn't some way. Also there is an HFA boy that show up too. This as another HFA makes me giddy. But I haven't seen an asperger autist show up yet. Over all three and four still give me hope that someone out their gets it. That we need help, not a cure. A 'cure' doesn't solve anything. I want work full time without the fear of losing my job just shortly after gaining it. It's hard when stuff just seems to be....backwards. Everything is so hard even when you're on the same level was your peers (kinda) I feel always as an unequal to my fellow staff. I just feel...unbalanced. This will never go away. Maybe...it will when I my colleagues are also on the spectrum. There will be no wall that way. I don't have to 'lie' to them and say I am normal even though I am not.

I am not normal it's not bad, but it's not helping my issue.

I wish I could write to Keiko Tobe. I want to write to her, tell her how much I aspired to tell my stories with pictures as she does. About my struggles as an autist. I wish she could see this and know someone from the US want show her that our words are important.
Posted by Bard at 7:50 PM 5 comments: 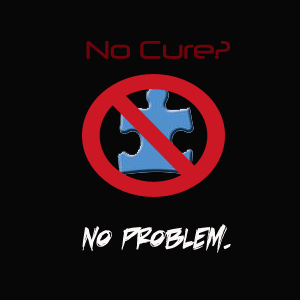