Does this Unit have a Soul? 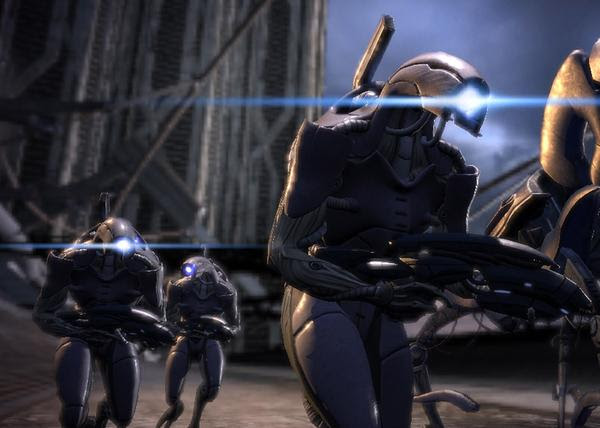 One of my more recent addictions lately has been lately the Mass Effect Trilogy that you can play on Xbox. It follows a very "choose your own" adventure sort of story where your choices do have certain consequences (Before anyone starts I don't want wank about the ending), it's enticing to me as I play through discovering planets, aliens and re-discovering a genre that I love but don't find a lot of good material on it, "Space Opera".

In the first game the big bad was a race of sentient machines called the geth. For the player they are simply crazy robots bent on destroying everything. In the second game we meet a character called Legion who explains a bit about the geth and their perspective on things as well as their view point on why the rose up against their creators the Quarians.

We have seen this song and dance before. This is an old trope done before, where machines fight against their masters and we must destroy them before they kill everything. In some cases with androids or robots, the Velveteen Rabbit trope is used to make them more approachable to humans. Over all this is nothing new and it borders on cliche even. But the whole idea of Legion recalling the memories of many geth that he stores and explains the situation in his perspective is kind fascinating and something I look forward too when I get to that part of the plot.

The reason I bring this up is because androids and robots seem parallel autistics in a sense. Writers use similar tropes to portray us. The "Autistic Killer" echos a bit of about a crazed machine that goes haywire and snaps and kills it's masters. The love of a NT woman to normalize and Autistic man is another echo on the idea the love of a human woman can give humanity to a machine. Autistics have been used lately to be the new "android" metaphor, it's common in films like Adam and books like House Rules that the autistic is used to be a figure for something that is uncanny and not truly human. It's the idea that autistics are so familiar or so foreign or so tragic that they are more like robots than people. The reader gets to know the autistic as outsider or Other. NT writers tend to write autistics as tragic context that needs a happy result for the story to be complete. Other times they come off as plot furniture. This is nothing new or needs repeating, we all know this from various books.

What I am getting at is like the geth writing it's own story without the outside perspective of the Quarians; autistics tend to do the same thing. I find more autistics writing their own novels and stories in their perspective. Their narratives and fiction have more power than the ones written by NTs, because their narratives are from their own collective, their own context. Not one made from guesses or ideas on how autistic should be but rather what they really are. This is interesting to watch as autistics are starting to craft their stories. Regardless of what the rest of community might scoff or say; we are the archivers of our own mythology.
Posted by Bard at 6:16 AM No comments:

I haven't been avoiding this blog....I just have been uninspired 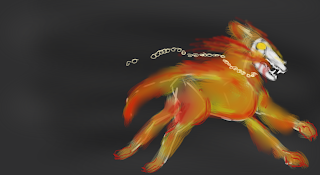 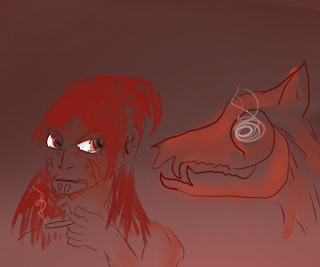 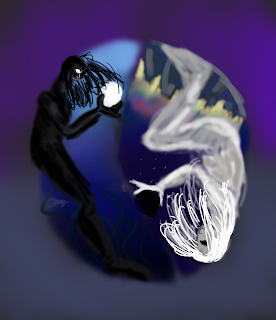